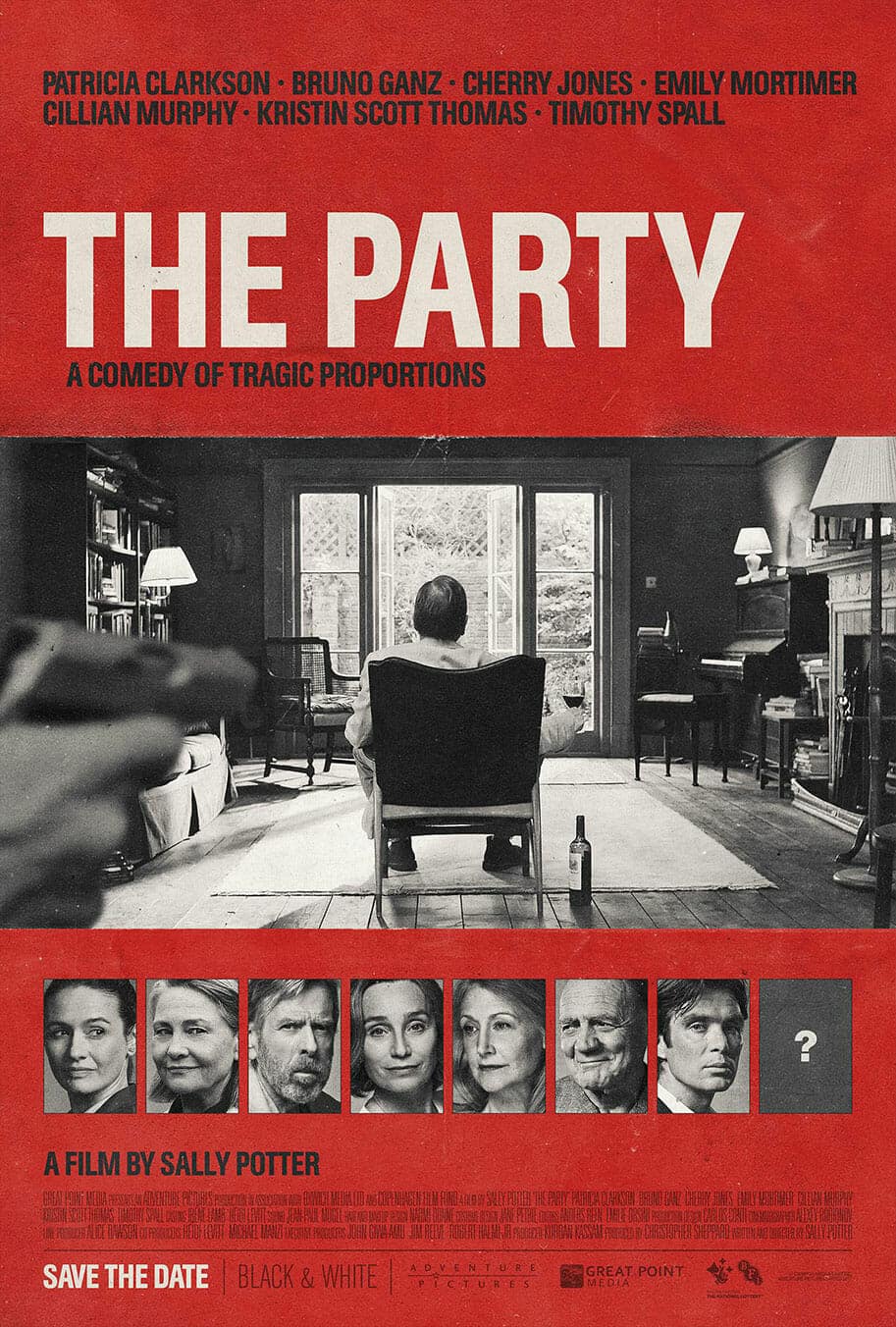 THE PARTY – a comedy wrapped around a tragedy – unfolds in real time in a house in London in the present day. Janet is hosting an intimate gathering of friends to celebrate her promotion to Shadow Minister of Health in the party of opposition. Her husband, Bill, seems preoccupied. As their friends arrive, some of whom have their own dramatic news to share, the soirée gradually unravels. An announcement by Bill provokes a series of revelations that rapidly escalate into all-out confrontation. As people’s illusions about themselves and each other go up in smoke, along with the canapés, THE PARTY becomes a night that began with champagne but ends with blood on the floor.

For more information go to https://sallypotter.com/film/1469/The-Party