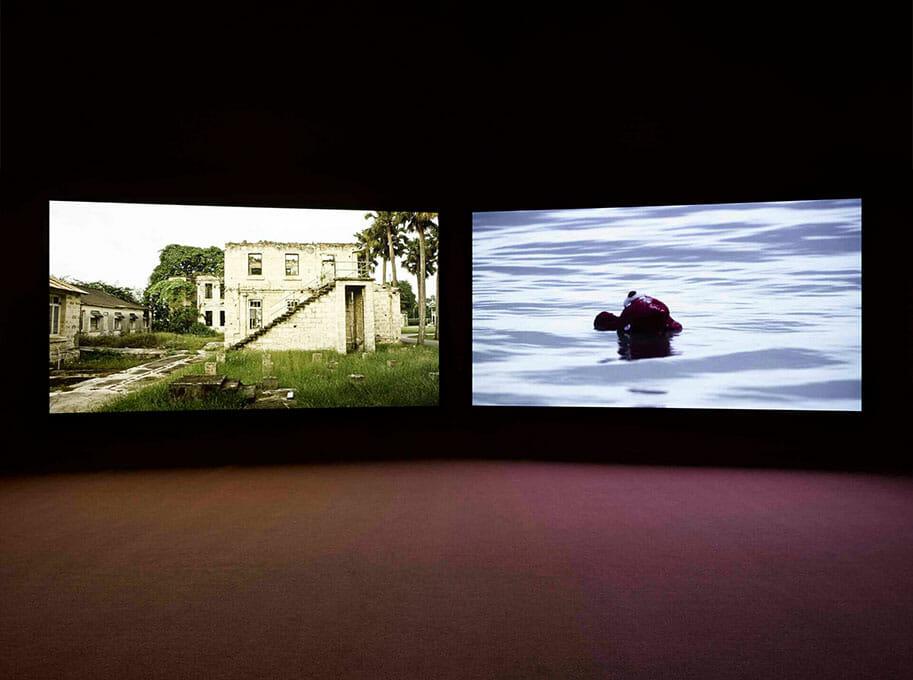 Posted at 17:00h in Colour Grading & DI, Deliverables by admin

John Akomfrah presents Auto Da Fé (2016), a two-screen film installation that debuted at Lisson Gallery London in January 2016. Auto Da Fé, which translates as ‘acts of faith’, looks at migration through the lens of religious persecution. Presented as a poetic period drama,the film presents a series of eight historical migrations over the last 400 years, starting with the little known 1654 fleeing of Sephardic Jews from Catholic Brazil to Barbados. As the film develops, we are presented with tale after tale of populations being displaced along religiouslines, right up to the present day migrations from Hombori, Mali and Mosul, Iraq. Religion,persecution and migration are, it seems, old and continuing bedfellows. The work was filmed on location in Barbados, but the landscape is deliberately anonymous, reflecting the universal nature of these stories.

Ghanian born John Akomfrah is a seminal figure in Black British Cinema and forerunner in digital cinematography. He has a body of work that is considered one of the most distinctive and innovative in contemporary Britain.

For 30 years the artist, director, writer and theorist has been highlighting the legacy of African diaspora in Europe by creating films that explore marginalised histories of European society.

Akomfrah was a founding member of the Black Audio Film Collective and he is well-known for films including The Nine Muses (2010), Speak Like a Child (1998) and The Stuart Hall Project (2013). In 2008 Akomfrah was awarded an OBE for his services to the British film industry.

Artes Mundi 7, the seventh edition of the UK’s leading biennial art prize, presents a major exhibition of seminal and new works by shortlisted artists from 21 October 2016 to 26 February 2017 at the National Museum Cardiff and Chapter, Cardiff.6 iok