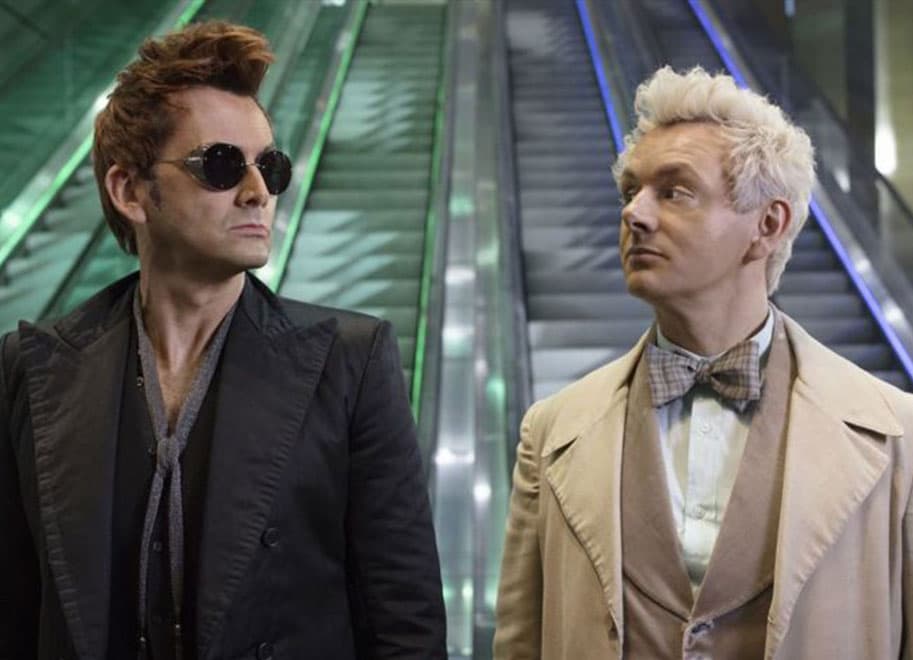 After an eagerly anticipated wait, Good Omens is available to stream on Amazon Prime now.

Starring Michael Sheen and David Tennant as the angel Aziraphale and the demon Crowley, the adaptation of Neil Gaiman and Terry Pratchett’s 1990 epic fantasy novel has been a long time coming.
⠀⠀
First announced at the beginning of 2017, the creators of Good Omens have since assembled an all-star cast that includes Benedict Cumberbatch, Jon Hamm, Jack Whitehall, Mark Gatiss, Nick Offerman, Derek Jacobi, Anna Maxwell-Martin, Frances McDormand and Sian Brooke.

They star in a 6-part story of an unlikely mission to sabotage Armageddon featuring an angel, a demon, an eleven-year-old Antichrist, and a doom-saying witch.

Good Omens is out now on Amazon Prime Video globally, and due to air on BBC2 some time later this year.