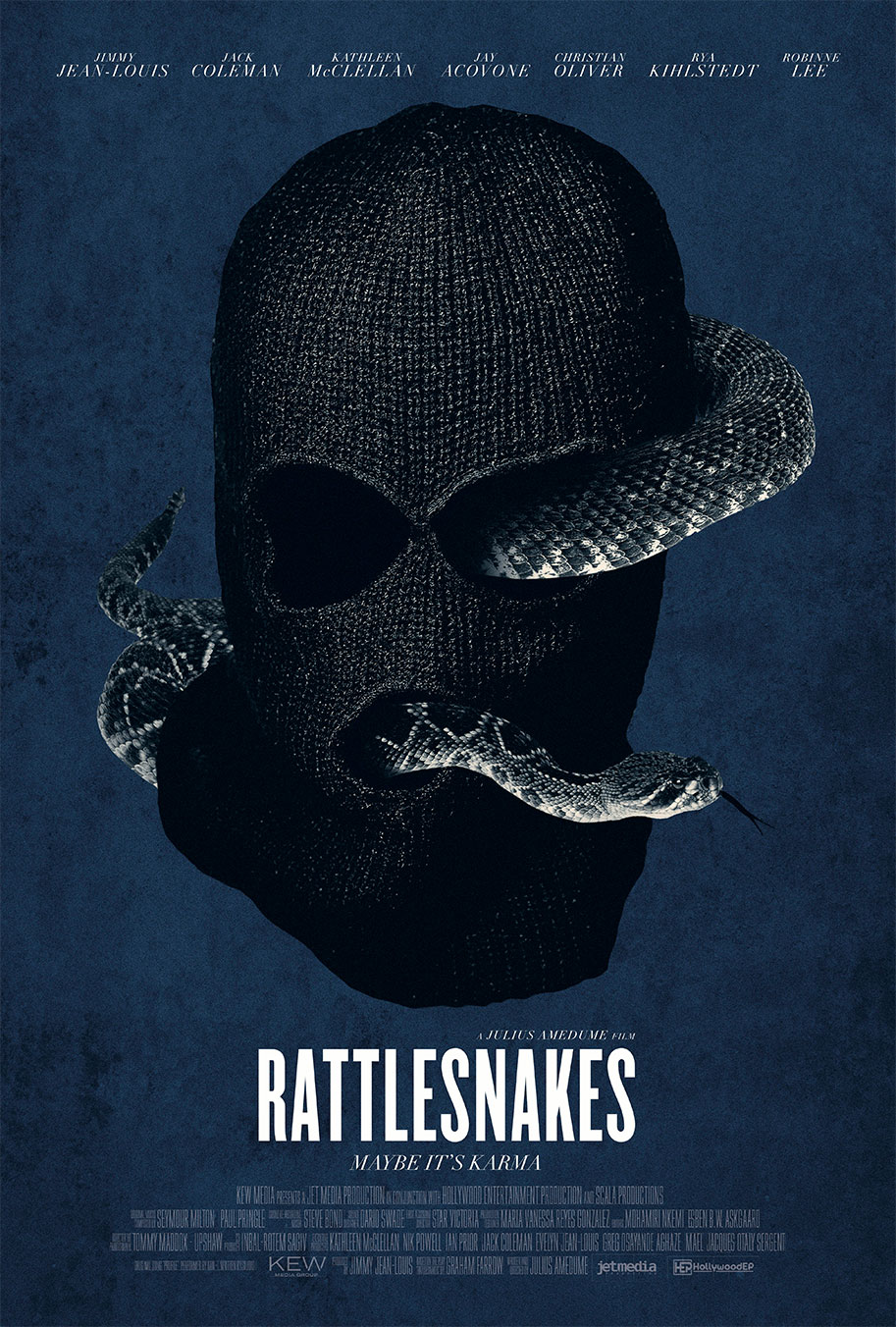 Rattlesnakes is a neo-noir psychological thriller based on the acclaimed play written by Graham Farrow, directed by Julius Amedume (Precipice), produced by Nik Powell (The Crying Game) and Jimmy Jean-Louis (Heroes).

Robert McQueen’s day takes a turn for the worse when he is held hostage and accused by three vengeful husbands of sleeping with their wives.

Director Julius Amedume, Actor/ Producer Jimmy Jean Louis and others were on hand in LA to pick up the award. It’s next showing at the Miami Film Festival, running March 1-10 2019.

Hijack provided the grade and deliverables for Rattlesnakes.