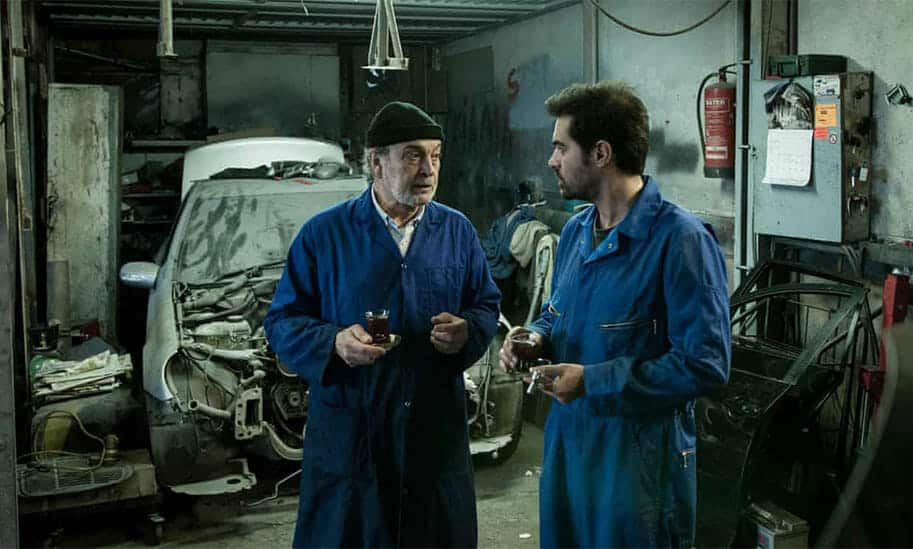 Posted at 17:28h in DCP, Deliverables, Feature Film by admin

Gholam (2018) directed by Mitra Tabrizian is Mark Kermode’s film of the week for the Guardian newspaper.

This haunting debut feature from photographer and film-maker Mitra Tabrizian is set amid London’s Iranian community during the Arab spring of 2011. Centring on a melancholy figure caught between his former home and his current lonely life, it’s an arresting portrait of displaced struggles that moves almost inexorably from observational drama to eerie quasi-thriller. At its heart is a mesmerising (and often wordless) performance by Shahab Hosseini, who proved so magnetic in Asghar Farhadi’s 2017 Oscar-winner The Salesman. Adept at conveying weighty emotional conflicts through minimal physical gestures (his kind but careworn face speaks a thousand words), Hosseini holds the audience’s attention as Tabrizian’s elliptical, diasporic drama unfolds mysteriously around him.
Advertisement

There’s a distant echo of Robert De Niro in Hosseini’s Gholam, a nocturnal minicab driver whose variously testing passengers fail to crack his taciturn shell. By day he works in a car repair shop and eats at his uncle’s restaurant, where the spectre of estrangement and betrayal hangs heavy in the air. His young cousin Arash (Armin Karima) is a budding rapper who composes idealistic rhymes about being ready to “die for my people” despite living far from any war zone. But Gholam, who has seen the horrors of conflict first-hand, plays his own cards close to his chest, even when recognised by a cafe customer as a “hero” of the Iran-Iraq war.
Increasingly sinister attempts to involve him in an unspecified mission that would send him back to Tehran (where his mother still lives, pining for her son) fall upon deaf ears; Gholam has no desire to re-enter the battles of the past, and no illusions about contemporary political solutions. Yet the plight of a Trinidadian woman (Corinne Skinner-Carter), whose neighbourhood is being terrorised by young white thugs, spurs him to unexpected action, rekindling a lost spark.

Tabrizian’s eloquent and increasingly unsettling movie has its roots in her 2005-6 photographic series Border, a collection of portraits of “exiles from Iran” who have travelled to the UK, and who seem displaced from their immediate surroundings – a theme continued in this film. Indeed, one of the real-life exiles featured in Border served as the inspiration for the fictional Gholam, a man torn between old loyalties and present commitments, with no clear vision of the future. To his former comrades, Gholam is an enigma – someone who simply disappeared without trace. “I know that guy,” says a cafe patron. “Thought he was dead.” And in a way he is, living a ghostly life, trapped between disparate worlds.

Co-written by Tabrizian and Cyrus Massoudi, Gholam makes powerful use of sparse dialogue, low-key action and an atmospheric soundtrack which eschews incidental music in favour of loud silences and simple ambient noise. A recurrent visual motif finds cinematographer Dewald Aukema’s static camera staring blankly through the windscreen of Gholam’s car, the driver’s face visible only in the letterboxed reflection of the rear-view mirror. While Jafar Panahi used a cab to foster playfully subversive conversation in 2015’s Taxi Tehran, Tabrizian uses Gholam’s car to emphasise his isolation – silently watching the world through glass.
A strong supporting cast, which includes screen veteran Behrouz Behnejad, is augmented by cameos drawn from Tabrizian’s Border project, blurring the line between drama and documentary. Having previously made short films, Tabrizian embraces the feature format with confidence, conviction and clarity of vision. On the evidence of Gholam, which works wonders with its limited resources, we can expect great things from her in the future.